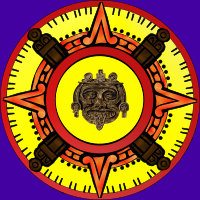 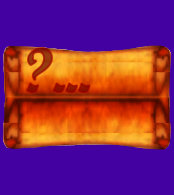 Considering where the world was with the global Covid-19 pandemic in the late spring of 2020, one would think that this crisis would dominate the News, which makes what happened during the Summer that year more relevant. Obviously, the shocking televised murder of George Floyd by Minneapolis police officer Derek Chauvin was the catalyst, but there was another factor driving the extraordinary response to this horrific event.

I can remember being shocked to see Senator Mitt Romney marching with the late Congressman John Lewis and thousands of others. Although the nationwide marches were orchestrated by Black Lives Matter, in response to the deaths and brutality of African Americans in the hands of police, it was clear the participants were motivated by more than this. As we saw, there was a drive to address slavery and segregation, not to mention, the glorification of the Confederacy. However, the overall motivation was spiritually driven and concerned a core need to confront the injustice of not only past atrocities, marchers were also motivated by the present-day injustices of inequality, corruption, greed and persecution.

With such a powerful nationwide drive to redress injustice on all levels, it is a wonder that this “locomotive” was derailed. Some would say, it was political because the John Lewis Voting Rights Act was blocked in the Senate, after passing in the House on August 24th, 2021. However, we believe that attributing it to bi-partisan politics misses a key point, as America was not the only population rising up against injustice.

Throughout the world, despite the dangers of Covid-19, over the Summer months of 2020, people risked their health to protest injustice. True, most protests elsewhere concerned corruption and elections, even so the underlying motivation was essentially injustice. In many cases the protesters were declaring unity, even if many were unaware. The fact that protests have continued into 2022, speaks to the impetus behind it. According to a Global protests tracker, since 2017 there have been 230 protests involving 110 countries. The overwhelming cause listed is political, but more than that we see it as a protest against the status quo, where “money talks and…” meaning that the rich and powerful 1% of the population dictate how the remaining 99% live, and in many cases just exist.

I guess the question is, “If these protests have been going on since 2017, why do we pinpoint 2020 as the turning point?” We cite this year because energetically 2020 was the peak in the impetus to change. This impetus was global in nature and therefore affected the mass consciousness. To explain, subconsciously we are all connected, and whether we realize it or not, we are all following an evolutionary plan. Part of that “plan”

concerns spiritual powers watching and waiting for us to show “them” when we are ready to evolve. Throughout our writings we have related the Truth of humanity’s connection, in that we evolve past hate and prejudice by experiencing each other’s, color, ethnicity, culture, and circumstance through reincarnation. As we wrote in our novel, Daniel’s Lion: Living in 2 Worlds: which is set in 2030 with a fictional protagonist recounting his spiritual transformation to his grandson:

“Throughout human history, the Shadow succeeded in convincing people that they fitted into separate categories of gender, color, ethnicity, religion, education, status (wealth), and sexual orientation. Consequently, we learned to see each other as different, which caused us to develop unconscious bias. This bias grew stronger over time until less evolved individuals, or younger souls began to feel superior, and entitled to a bigger and better share of resources. Of course, this resulted in gross injustice. Combatting this was the Law of Reincarnation, which gave each soul the opportunity to walk in someone else’s shoes, as it were. Plus as America was specifically designed to be the world’s melting pot, everyone in the U.S. has lived every category I mentioned. So as Robert and Sophia stated in their 2020-Revision Movement, ‘Racism is Ludicrous’, because for a person to hate someone for being different in this life, when in a past-life they could have been a friend or even family, is self-destructive.”

“Self-destructive? “How did it harm them?” Asked Steve.

“Spiritually”, stated Daniel matter-of-factly. “Each of us are here to evolve, and racism and bigotry retards that. When the subject of reparation came up in 2021, I called Sophia. Reminding her of what she told me about the Law of Reincarnation, I asked if it meant that reparations for slavery was unnecessary. Her answer surprised me, as she emphatically stated, ‘Not at all. On the contrary, it’s extremely important that we do all we can to help.’ Pausing a moment to gather her thoughts, Sophia explained. ‘What is important to remember is that although we are all spiritually the same, to evolve, we have to advance in Linear Time. So, even though we switch sexes and ethnicities, our DNA carries our present incarnations ancestry. Therefore, many African Americans living today, are descendants of slaves with all the pain of injustice that contains’.”

The quote above brings in Carl’s inspired new book Living Universe: that turns our present-day way of thinking on its head. Now with Carl’s inspired theory we have even more evidence of our connection, which he sums up brilliantly when he says:

“…We have seen that no organisms, including the human beings are here by accident, but instead are the results of directed Wave processes leading to higher and higher states of consciousness. The Waves underlying biological evolution also take their beginnings before the Big Bang, meaning that part of the purpose of this universe is to generate life…”

“…disasters represent a backlash from how humanity has related to the world especially over the last few centuries. It is in order to clarify how the evolution of consciousness evolves in accordance with wave patterns (creating such ups and downs) that I have written this book. Very few people are aware of what the cosmic plan actually looks like...”

Accepting that there is a universal evolutionary plan, there is a problem implementing it, because until recently there was a counterplot with its own agenda.
Without going into the details, as we have covered it extensively in our writings, both in books and on our website, for more than 40,000 years there existed an opposition determined to separate us from one another. Even when its universal aspect that we called the “Shadow of Deception”, was neutralized in 2010, “its” individual component known as the counterfeit-spirit continued to promote “its” agenda subconsciously. Mercifully, this individual part was also nullified in December of 2021, but unfortunately as it was not operating alone, real change is slow, as it takes time for the true spirit to rise above the counterfeit-spirit’s conscious partner, the individual ego. Nonetheless, the events of 2020, where protesters demanded justice and change is evidence of people’s true spirits reasserting themselves. Today, it is time for us to listen to our better selves and recapture that sense of being on the right side of history, because only by being true to ourselves can we be a light to the world in the preordained Divine Plan.

Although we cannot exactly determine how the Divine Plan will play out, with the knowledge of Future Human Beings visiting and guiding our development, we know that the Human Race survives and that should give us hope. The trick is, as Carl wisely advises concerning the Ninth wave’s influence:

“…a major intention for those that want to manifest the destiny of humanity will be to seek to reconnect with the cosmic source of consciousness, that has generated all of its different states and relationships. I believe that for this, the intention is critical and that it is only through this that a strong entanglement with the cosmic source of consciousness can be established. This in turn on a practical level means to live in accordance with the unity that the universe calls upon us to manifest in this era and if we do so we may be guided to do what we came here to do, something I do not believe has been fully revealed to anyone yet.”

We completely agree with Carl’s statement that no-one has the full picture of their destiny, because it would deny our freedom to make choices. Each of us has to follow our own path, it’s just that we believe we are more successful when we work together: hence the 2020-Revision Movement to get us to rethink our separateness.